Cool that we finally get to visit Kessel, though. Meanwhile all this is happening, Leia is busy having a mental breakdown about Han and her children, all the while stuff seems to be falling apart. My main frustration with KJA as a writer is that he's all ideas, no execution. He had all the bones of a fun Star Wars story here, but the way he writes it just ruins the whole thing. His dialogue is cheesy and not lifelike at all, his character work is disgraceful, and most of the time character actions occur because something needs to happen in the plot rather than because it's something that character would organically do.

Many of the developments are insulting to me as a human person, as a Star Wars fan, and as a woman most of these insults occur in the second two books. This book is the best of the series solely because all of that potential is still there, but by books two and three, it's piddled off, like a bad puppy on your favorite rug. But even by the end of this book, you can see the potential dying. 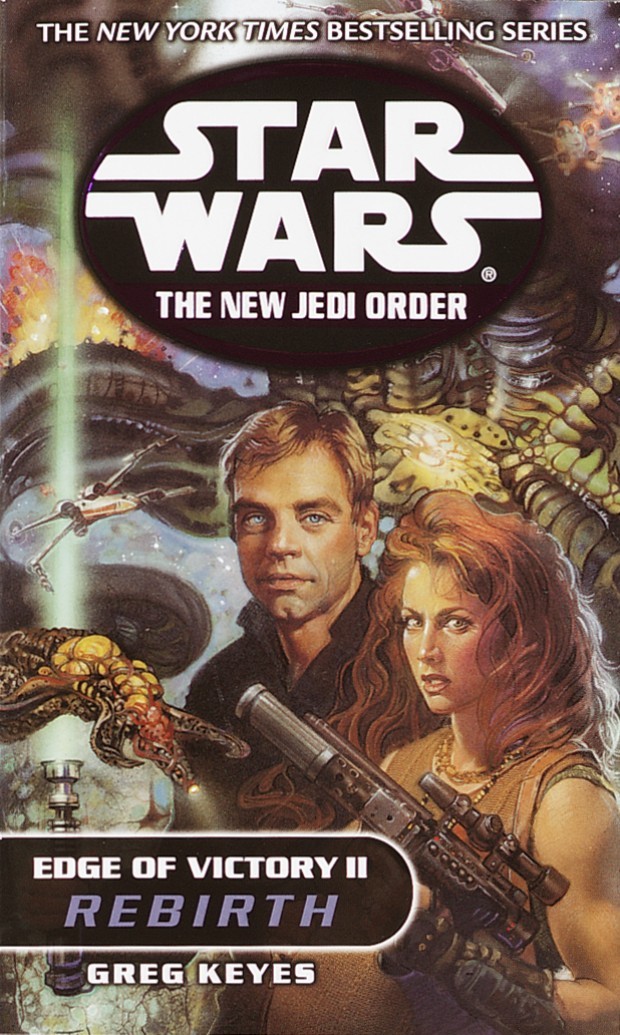 Let's break it down by the four plot points I mentioned above: The supposed Jedi search: This book is supposed to feature Luke and Co. Lando is wasted on the stupidest plot of all time, finding himself searching for a potential Jedi while attending Umgullian blob races. Yes, blob races.

And the guy doesn't even turn out to be a Jedi. At least thirty pages full of a complete waste of time. Luke only finds three himself. And he doesn't even have to work very hard to do it. 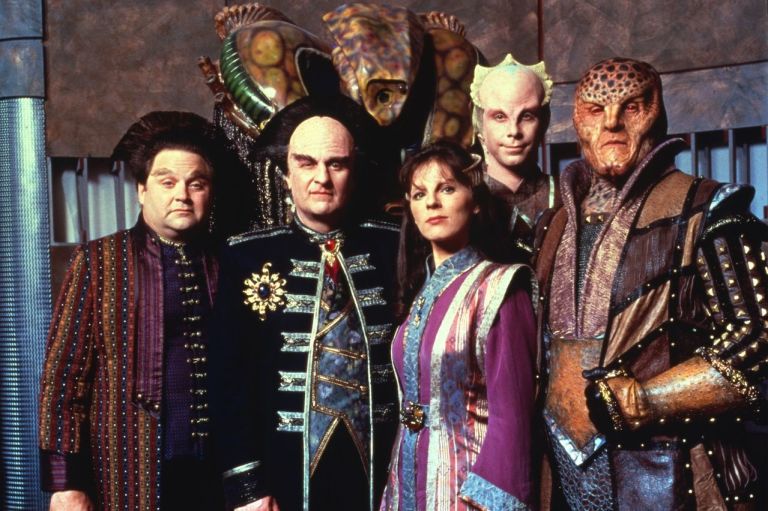 It's not satisfying on a story level at all. Not to mention it's apparent while reading these scenes that KJA has no idea how to write Luke as a competent Jedi Master.

His Luke can't even figure out how to sense life signs or take a quick walk across lava. It's horribly frustrating.

But thanks for misleading me, I guess. Admiral Daala and the Empire: Admiral Daala could have been such a good character. A woman admiral in a notoriously sexist institution like the Empire. A leader who has been out of the loop for ten years and the universe has moved on without her.

A sudden influx of Imperial troops and power revives the efforts of the dying Empire.

But none of it was. Daala's characterization was almost exclusively focused on her obsession with Grand Moff Tarkin, who was her mentor, and as she notes almost every time she remembers him, "her lover" as well.

Which is icky in the book, and icky on the part of the author. Also, for a supposed military genius, Daala is a moron. She is not good at her job. 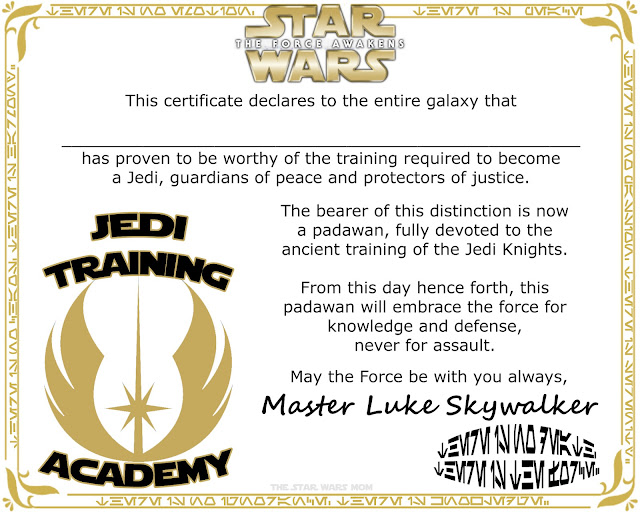 Lastly, the idea of Maw Installation being hidden in the black hole cluster is good if you don't think about it, but doesn't hold up even remotely if you do. The time dilation from being near one black hole, let alone a cluster of them, would make every event in this book impossible.

Lazy science is lazy. Anderson lacks subtlety, also. Throughout the book, he spells everything out.

All of the characters always tell what they are doing and why, leaving nothing for the reader to imagine. This takes away much of the enjoyment of reading a book.

I never found myself wondering whether the characters where hiding anything or not.

In addition, many of the plot developments are far too convenient. For example, when Luke begins his search for prospective students to fill his Jedi academy, he accidentally stumbles on a foolproof way to determine a person's potential. It takes away all the mystery of the situation when everything is known. 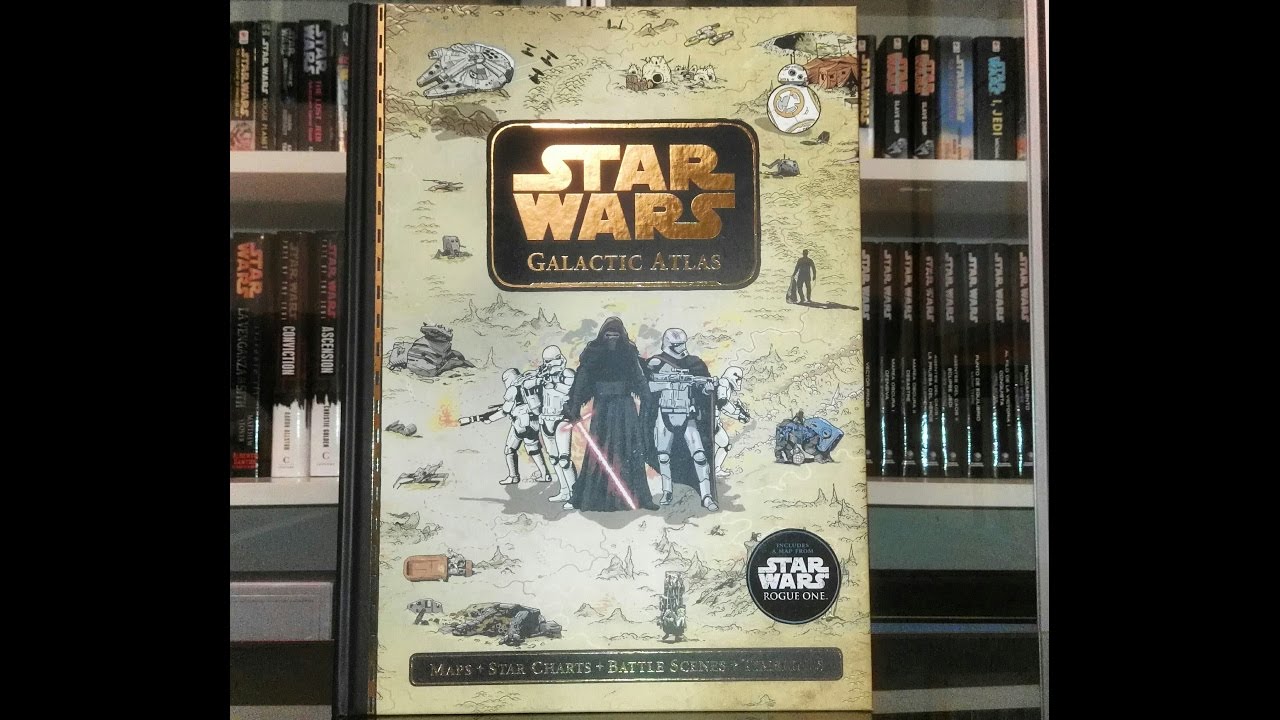 Other developments in the book are just too implausible to believe. Much of what drives the actions of particular characters is simply unbelievable. If I were a commanding officer in charge of a battle force, for example, I wouldn't wait around multiple years for orders from my superiors. All of the characters are also lackluster.

Luke has become somber and introverted. Han and Chewie do what they have to do, but don't really seem to have anything driving them. Everyone starts and ends the same, maybe with a few more scrapes and bruises, but effectively the same.

Leah is possibly the only exception. She starts the book as the same old Leah that we have seen in previous series, though we do notice a subtle change by the end.

Besides Leah, one other character does stand out in my mind: that of Moruth Doole - the lead antagonist who runs a narcotic spice mining operation on an inhabitable world. But unfortunately, it seems impossible that anyone so clueless could possibly have risen to the point that he did.He pulled it out of his bum for dramatic purposes.

Although Jedi Search is full of flaws, I did enjoy the book.

Yes, blob races. There were just so many cliffhangers, suspense, and action. The only really worthwhile thing about the book though is the Lando Calrissian portrait on spine.